Marvel’s Avengers Assemble is an animated series, based on the fictional Marvel Comics superhero team the Avengers, which has been designed to capitalize on the success of the 2012 film adaptation. Avengers Assemble premiered on May 26, 2013, on Disney XD. The series is a replacement for The Avengers: Earth’s Mightiest Heroes. It airs alongside Ultimate Spider-Man, while Hulk and the Agents of S.M.A.S.H. will be added to the “Marvel Universe” television block in August 2013. Additionally, it features a near-identical cast and crew with both shows, and shares continuity with them as part of the block. Joe Casey, Joe Kelly, Duncan Rouleau and Steven T. Seagle, a group known as Man of Action, have been confirmed to be the executive producers of the series. On the Mighty Marvel Podcast #122 it was revealed the series would debut with an hour long slot featuring episodes 101 and 102 titled “The Avengers Protocol Part 1” and “The Avengers Protocol Part 2”, respectively.

The Cabin in the Woods

Before the Devil Knows You’re Dead 2007 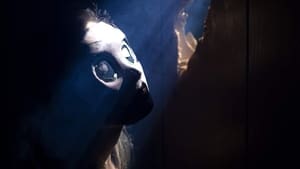